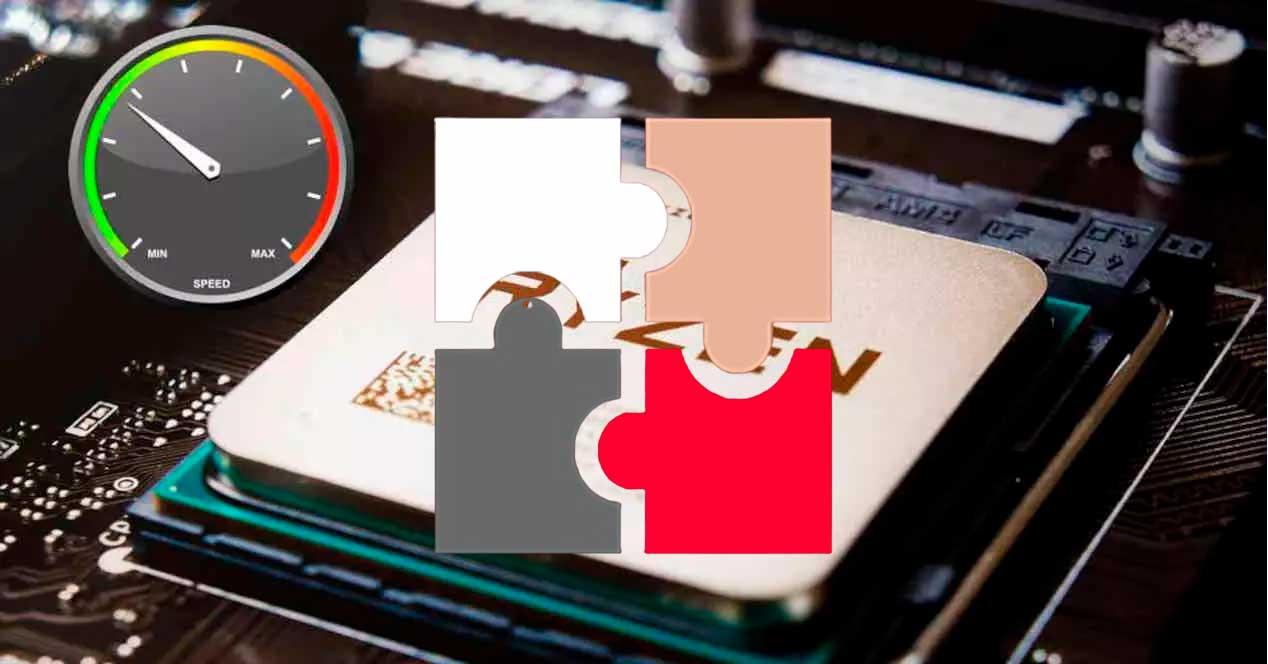 If you have a Ryzen 5000 processor, you probably want to take full advantage of your CPU to get the most out of the powerful Zen 3 architecture. However, AMD’s own overclocking tools may not convince you. If this is your case, you have an alternative in the Project Hydra program and we are going to teach you how to use it.

There is no doubt that Zen 3 is AMD’s most powerful architecture to date and a milestone in which Intel’s classic rival finally managed to outperform it in performance. This made the Ryzen 5000 during their launch the benchmark processors for those who wanted to have the most powerful PC, especially for enthusiasts who want to get every last drop of performance and want to get the most out of their processor.

Luckily and contrary to what happened years ago where you had to tinker with the CPU directly, with the danger that this entails for its integrity, this is no longer the case. Nowadays, manufacturers offer tools that allow us to adjust the clock speed and voltage parameters, but there are also things like Project Hydra, a free alternative tool to the one offered by AMD. Let’s see, therefore, what it offers.

What is Project Hydra?

At the beginning of this year, Yuri bubliy, who had previously worked in Ryzen DRAM calculator and overclocking software ClockTuner for Ryzen advertisement Project Hydra with the aim of getting all the possible performance out of the AMD Ryzen 5000 CPUs based on Zen 3 cores. The aim of this program is to give users a tool that allows them to have greater control than that achieved by the manufacturer regarding voltage and the behavior in the punctual increases of speed known as Boosting.

The tool offers a different algorithm for clock speed variation than AMD. Which is ideal if we want to achieve much higher clock speeds than the official ones, as long as the processor and its cooling allow it.

Currently we have two versions of Project Hydra, the first is totally free and the second is paid. The differences between the two? The Pro version adds the following features:

However, the creator of the application claims that more than half of the Ryzen 5000 CPUs will not take advantage of the features of the Pro version. As for downloading the free version, you just have to do click here To obtain the. It will be from this version that we are going to develop our simple tutorial.

We must remember that the use of Project Hydra completely voids the processor warranty, so we recommend its use only to users who really know what they are doing. Although you can always use your Ryzen 5000 as a keychain, but it would be the most expensive in the world and nobody wants a CPU of such caliber to end up useless. You will also need to make some changes to the UEFI BIOS, which are as follows.

For the rest make sure you have the graphics drivers up to date. Project Hydra does not require that we have Ryzen Master installed on the computer, but it does require that our operating system be Windows 10 build 2004 or higher. In the event that you are users of the new Windows 11, don’t worry, it is fully compatible. We come to the part that interests us, which is the manual to use Project Hydra, for this we have used the recommendations of the creator of the application so that you can use this software for overclocking with less risk. Remember that it is important to meet the minimum requirements that we have previously related in this article, since if we do not do it then we can find ourselves with serious problems.

In the event that we want to carry out a quick diagnosis to know how far we can turn our processor up, we just have to click on HYBRID OC and select which voltage setting we want to use. If you don’t know which profile to choose, just let it be. The application is designed to take into account motherboards with a weak VRM and lower than recommended cooling systems.

What is the use of doing this? Well, to know what are the limits of our Ryzen 5000 in particular, since not all chips come out the same, even if they are from the same wafer. In this way we will be able to know at what voltage and clock speed we will be able to adjust it for the use that we want to give it. In the event that you have AIO type liquid cooling installed in your PC, it is not recommended to select OC or XOC as voltage profiles, as they can lead to overheating problems. On the other hand, if you have selected NORMAL, OC or XOC, keep in mind that you may find yourself with a processor overheating if you have not adjusted other parameters such as the limits Max EDC, Max TDC Y Max PPT. It is recommended to upload them in SETTING from 35 to 40.

In addition, we have the option of combining any of the predefined voltages with the automatic search for the ideal voltages under AVX2 and FMA3. For this we must specify the type of cooling system (air, liquid by AIO or custom), as well as mark the limits of temperature and consumption of this. So you should know well not only your CPU but also the equipment that keeps it cool. The parameters in which Project Hydra moves are not random, as it has been designed to be totally safe because it respects the AMD voltage specifications. What’s more, Yuri Bubliy himself has already stated several times that turning up the voltage on Ryzen 5000 CPUs is a waste of time and that the highest clock speeds are achieved with standard voltages.

The last point is the most delicate of all and the one that is not recommended to touch, since the application uses AMD voltages, which have already been tested beforehand and are the safest for the operation of a desktop Ryzen 5000. Once we have carried out the previous steps, we have to activate the diagnostic tool. Which will take a long time and more the more cores your processor has, since in that it is like ClockTuner for Ryzen, after all it is still an optimized version for Zen 3 of said application and both are from the same creator. In the event that you have changed the configuration of your PC’s RAM to put a faster one or have changed the motherboard, it is recommended to run the diagnosis again even if we have done it with said CPU.

At the end of the process Project Hydra will store a file with the information obtained so that you can safely overclock your AMD Ryzen 5000. We have two additional optional diagnostics, the first of which is the BOOST TEST, which will measure the performance with a single thread of execution, and, therefore, will deactivate the SMT, of each one of the cores. Do not forget that disabling multithreading by hardware of each processor gives us the ability to achieve higher speeds. As for the second is the UEFI CURVE OPTIMIZER which will give information of the C0 values ​​for the UEFI, this is ideal for when users want to use the standard tools for overclocking.

Scan your home local network with Advanced IP Scanner on…

Comparison between 32 and 64 bits and their main differences